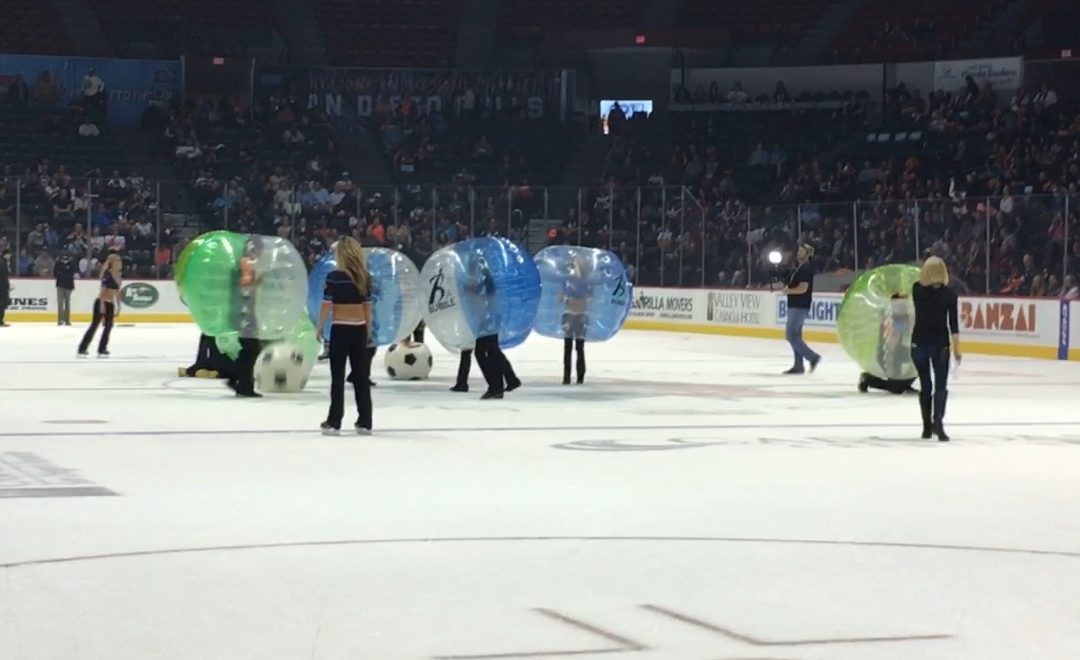 Spring highlight (Behind the Scenes): Gulls Girls vs Ice Crew play in Gulls playoff intermission as the Bubble Soccer Club Interns cheer them on! And 1 of the Interns said it best in this video “more people are rooting for the Gulls girls” It was a fun challenge ranging from getting everyone on and off the ice to going backstage at the end to take a photo op And of course, BIG shoutout to the Gulls staff/Management including the PA, Loxie that made this awesome event happen! It may be off season, but the Interns are still chanting GO Gulls!